Last night I attended and took photos at the Nine Lives Gala, a benefit to raise money for the cat rescue Animal Talk that I regularly take photos for, and it was an amazing evening, I can’t stop thinking about it. It feels just great to know that there are so many good people out there who care about all the cats that are lucky enough to make it through the doors at this no-kill cat rescue.

Driven by my never-failing love of animals, I started volunteering at ATR years ago when I lived barely two blocks away, going in almost daily to help clean out cages. Cages and crates and rooms that never stop housing the countless cats that are abandoned, abused and need new and loving homes. Even now, as my input at the shelter has changed to photographing the cats (especially the ones who are usually deemed less-adoptable, often adults), the real situation that faces all animal shelters and rescues, is that the need and the work never stops. There are just so many people who pour themselves into that small space for a very big cause, and it is constantly inspiring.

People who do volunteer work at animal rescues and shelters, including myself, are often asked how we do it. How we can spend so much time within what seems to be a never-ending problem – kitties who only know pain, neglect, sickness, fear and mistrust of humans. It’s easy to get overwhelmed when you see all those crates that need cleaning, and all the cats whose big eyes look at you, knowing that there are more, and then still more…

What keeps you going and spurs you to do more, and again, are the success stories. The feral cat who gradually learns to trust people and eventually finds out that sleeping near the fireplace is awesome. The young mama cat who comes in with a litter of kittens, but finally is spayed and gets a home where she isn’t constantly nursing babies. The abused cat who finds his way to the rescue and needs to have his lower jaw removed due to the trauma it has received, but after a lot of TLC is adoptable and gets a home complete with another kitty friend. And even when we can’t save a live, because of incurable sickness, we tried. And everyone then tries even harder.

It seems it’s not obvious to some as to why us ‘bleeding hearts’ will do so much for an animal that is not human (that’s right, we’re animals too, remember?). I just happen to believe that missing out on companionship with other living beings, and treating their lives with as much care as a person in need, means  missing out on many opportunities for unconditional love and friendship. An animal’s love is honest and uncomplicated, and there’s no pretense. I couldn’t imagine a life without my fur-babies!

So thank you to everyone who supports the cause of animal rescue! Here are just some of the many many cats who have found new homes because of Animal Talk. And there is also a link to the final video shown at the event last night (that just about had me in tears) http://www.youtube.com/watch?v=JoCGppbSid8&feature=youtu.be . Every life was worth saving.

“When I look into the eyes of an animal I do not see an animal. I see a living being. I see a friend. I feel a soul.” – A.D. Williams 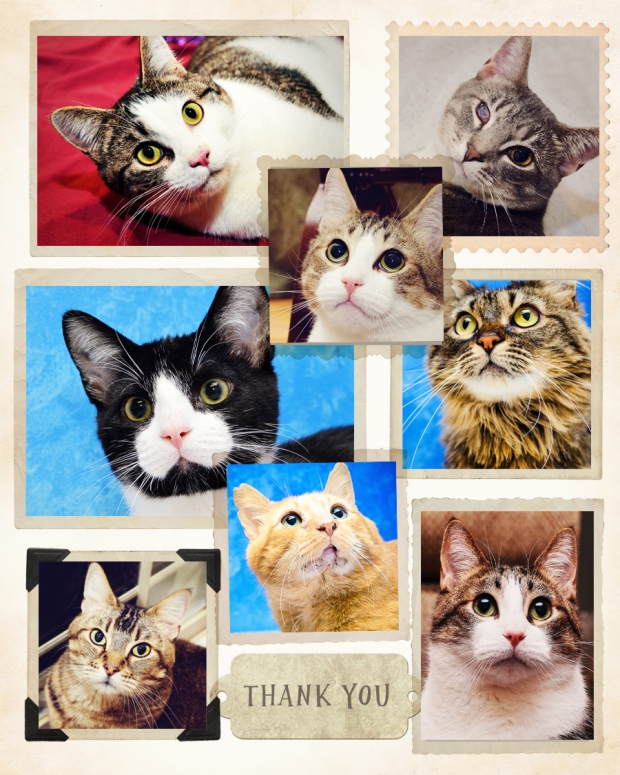 Join me on Goodreads!

All of the photos contained in this blog (unless otherwise indicated) are the intellectual property of K.A.MOORE PHOTOGRAPHY. I am flattered if you appreciate my work, but please, do not use my images without my permission! You may find my contact information by clicking on the "Contact Me" tab above. Thank you!

For book reviews, you can find my book blog here at KAT’S BOOKS